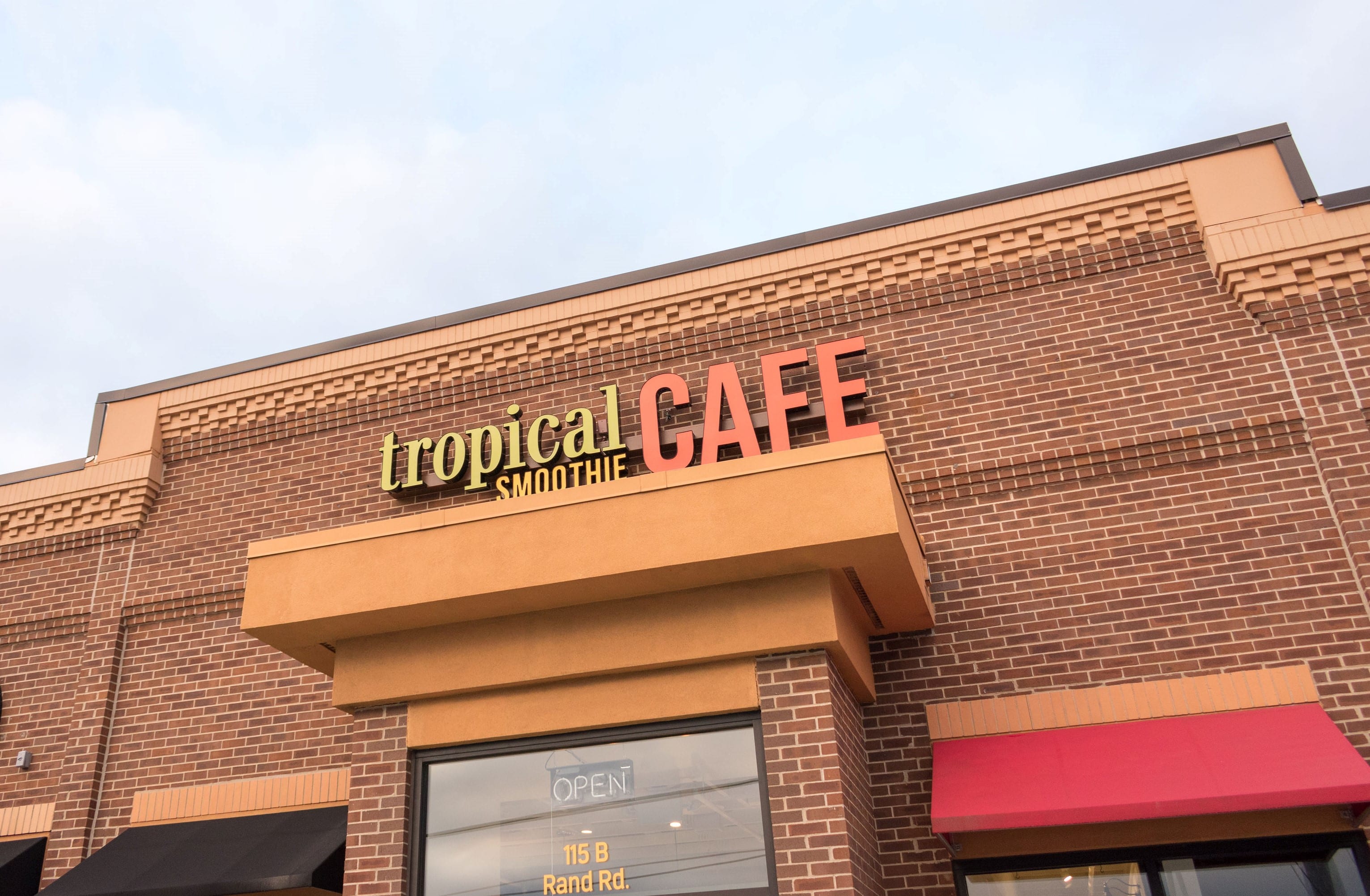 Tropical Smoothie Cafe, a leading national fast-casual cafe franchise known for both its better-for-you smoothies and food with a tropical twist, announced today the opening of its 900th Cafe, which is located at 7280 Ingersoll Street on the Fort Benning military base in Georgia. This milestone opening comes on the heels of a momentous year for the brand, which has signed 214 new franchise agreements, opened 87 new cafes across the U.S. and achieved double digit same-store sales for the past five months, bringing same-store sales to +6.3% year to date.

“It’s inspiring to be part of the growth that Tropical Smoothie Cafe has accomplished this year despite the hit the restaurant industry and economy took,” said Charles Watson, CEO of Tropical Smoothie Cafe, LLC. “Our franchisees have always been exceptional, but over the course of 2020 they’ve continued to show us their unstoppable dedication and passion for the brand, our product, and the communities they serve. We’re excited and honored to celebrate our 900th opening in Fort Benning, a home to our nation’s military. I’m grateful to be a part of this brand and am optimistic for the future ahead.”

The new Fort Benning location is owned and operated by existing franchisees Reginald and Zenna Foster. Reginald is an Army veteran who served as a telecommunications officer for more than 25 years. In 2015, six months after he retired from the Army, Reginald and Zenna opened their first Tropical Smoothie Cafe location in Augusta, Georgia. In April 2019, the Fosters opened the brand’s first military base location in Fort Gordon, Georgia, where Reginald previously was based. Today, the husband-and-wife team owns five cafes and has two more in development.

“Fifteen years into my career with the Army, I knew that when I retired, I wanted to invest in a franchise. Once we discovered Tropical Smoothie Cafe and learned about the better-for-you menu options and their incredible corporate team and franchisee network, we knew it was the perfect fit,” said Reginald. “Fast forward to today and we’ve truly come full circle as we help this remarkable brand celebrate such a meaningful milestone with our opening on the Fort Benning military base. We are honored to have this opportunity and look forward to serving the local community.”

This cafe opening is especially meaningful to Tropical Smoothie Cafe because of its connection with the International Franchise Association (IFA) Foundation’s VetFran Program, which provides financial incentives to qualified veterans to open franchises.

“IFA congratulates Tropical Smoothie Cafe on its 900th location,” said Robert Cresanti, IFA President and CEO. “As longtime supporters of the IFA Foundation’s VetFran program, it is particularly fitting that veteran franchisees are opening this milestone location on a military base. IFA sends its wishes for continued success for the brand and its franchisees as Tropical Smoothie Cafe continues its growth.”

With the opening of the Fort Benning cafe, Tropical Smoothie Cafe also continues its partnership with the Army and Air Force Exchange Service (AAFES). This location makes the fourth operational AAFES location for the brand with several others in development.

Tropical Smoothie Cafe is looking to add qualified franchisees to its growing brand and currently has franchise opportunities in markets throughout the U.S. Interested candidates should have business experience, along with a minimum net worth of $350,000, which includes $125,000 in liquid assets. Candidates who meet these preliminary qualifications will need to make an initial investment ranging between $198,500 and $543,500. The better-for-you food franchise currently boasts an average unit volume (AUV) of more than $768,000 — the highest in the company’s 22-year-history — with the top 50 percent reporting an AUV of more than $982,000.

Looking to join this momentous brand? Fill out the form below to get started today.