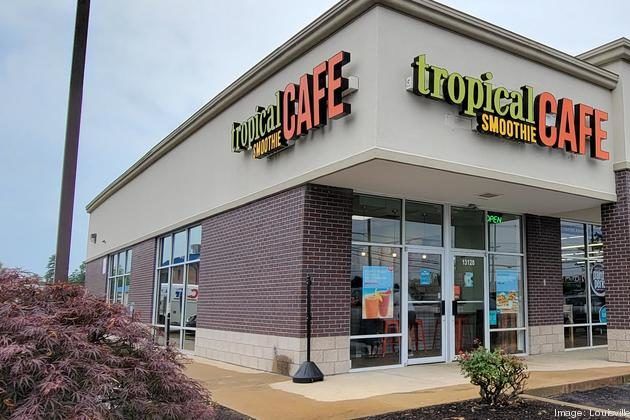 The new Tropical Smoothie Cafe planned in Mequon is part of a broader expansion planned by the franchise owner.

Tropical Smoothie originated in Florida and has its headquarters in Georgia, according to its website. As indicated by its name, Tropical Smoothie serves a variety of smoothies, along with a food menu that offers fare such as flatbreads, wraps, quesadillas, sandwiches and salads.

Salem Najjar’s Serve Hospitality Group is planning a location for the restaurant at 10990 N. Port Washington Road, part of the Mequon Pavilions shopping center. Tropical Smoothie would be part of a development where a new Jersey Mike’s Subs restaurant is planned and where the Milwaukee Bucks opened The Cluckery last year.

Through a spokesperson, Najjar said Mequon was a community Serve selected as a priority for adding a Tropical Smoothie location when it decided to expand the chain throughout the Milwaukee area.

“The specific shopping center that we are joining is at the epicenter of this community,” he said. “We wanted to be somewhere conveniently located where all of the synergy was.”

The 1,574-square-foot shop is expected to open in the first quarter of 2023. Construction is planned to start in late fall.

In Wisconsin, Tropical Smoothie now has eight restaurants, including Serve’s cafes in New Berlin and Madison. Among the other Wisconsin locations are shops in Milwaukee, Oak Creek, Pewaukee and West Allis. Another is planned in Waukesha.

The chain identifies Wisconsin as a growth market, with additional territories available for potential franchise owners. Those territories are outside the Milwaukee region.

Serve has its headquarters in Novi, Michigan, and opened its first Tropical Smoothie shop in June 2016. Its footprint includes restaurants in Michigan, Wisconsin and Illinois.

Najjar was recently included in QSR magazine’s list of 35 young leaders to watch. The list is intended to highlight quick-service and fast-casual segment leaders under age 35 “who are bringing exciting new ideas and concepts to the market.”