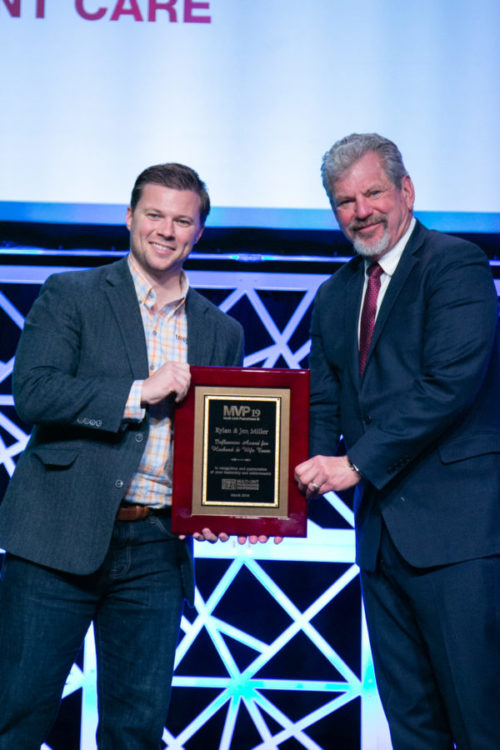 But they didn’t stop with just one location. With the success of their first franchise, the Millers decided to offer the brand’s better-for-you lifestyle to not just those in their community, but to others in nearby towns who may not have been exposed to our type of dining experience. So, they opened a second location… then a third! The Millers now have six open Cafes, three of which were new developments and three acquisitions. And there’s more to come. They just can’t get enough of Tropical Smoothie Cafe because, apparently, their customers can’t either!

Rylan and Jennifer know how important the locals are to the success of small, locally owned businesses like theirs. Always looking for fun, new ways to invest in the community, the Millers have hosted fundraisers and sponsored events to help local organizations, such as the Boy Scouts, the Humane Society, local schools, and more. It’s probably no surprise to you that the Millers’ franchises earn high guest satisfaction scores, which they attribute to the customer-first mentality they instill in each of their team members. No wonder the Millers won Multi-Unit Franchisee Magazine’s 2019 Influencer Award for Husband & Wife Team and Tropical Smoothie Cafes’ Multi-Unit Franchisee of the Year award!

Learn more about how you can make an influence on your community with a Tropical Smoothie Cafe franchise.