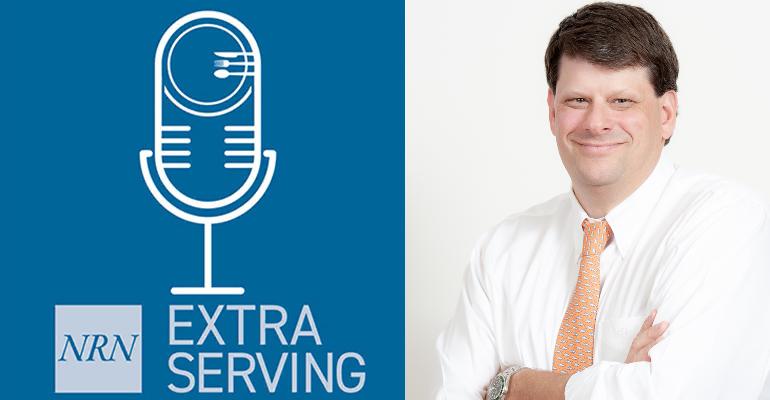 How Tropical Smoothie Cafe, which is aiming to become a household name, grew comp sales 25.5% in July

“We make no bones about the fact that we are trying to be a household name,” said Watson.

The Atlanta-based healthful smoothie concept is certainly on the way, having increased comp sales by 25.5% in July – while other brands saw sales drop – and opening new units throughout the pandemic.

That is largely due to having a robust pipeline of franchisees, and being specific about locations. Don’t expect to see a unit on every corner just yet; that doesn’t fit in with Watson’s goals for the next 5 to 10 years.

Right now, he’s focused on what he calls “hospitology,” hospitality enabled by technology at all 875+ units.

The brand maintains a mix between hospitality and technology by focusing on contactless transactions, delivery, leaning into digital and mobile channels and point-of-sale improvements while also maintaining a warm environment, something Watson says is often lost in the automation of restaurants, especially during COVID.

Without safety and sanitation, “You have nothing,” according to Watson.

Listen to the full episode and be sure to subscribe wherever you get your podcasts.

Want to be part of the franchise that’s growing and going fast? Fill out the form below to begin the journey.