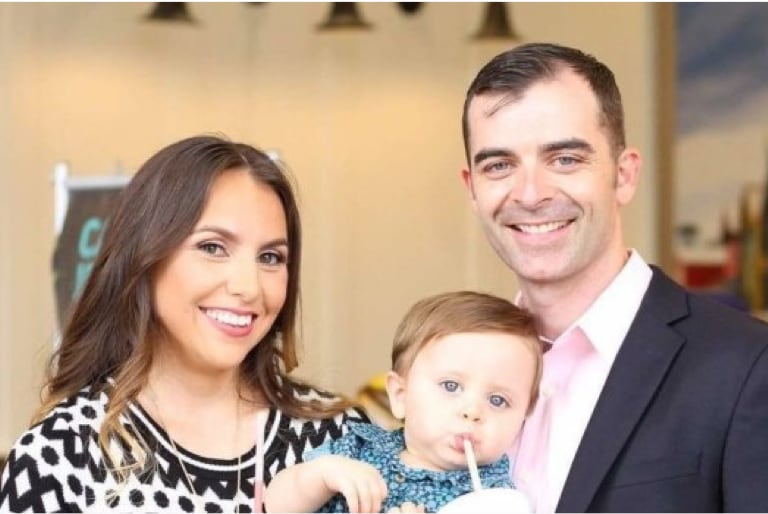 Military Times releases an annual list of the best franchise opportunities for veterans based on company culture, performance, costs, and support offered to veterans and their families. This year, Tropical Smoothie is proud to be recognized as one of the Best for Vets franchises, one of only three other restaurant brands to make the list. Meet one of our veteran Franchise Owners – Kaleb Warnock.

Prior to becoming a Tropical Smoothie Cafe Franchise Owner, Kaleb Warnock served in the United States Navy for five years. After returning home to El Paso, he learned the city was ranked as the #1 unhealthiest in the U.S. and wanted to bring a positive change to the area.

Originally planning to open an independent smoothie restaurant, he and his wife liked the support a larger brand could offer. Things started coming together when Kaleb saw a Forbes article touting Tropical Smoothie Cafe as the #1 Food and Smoothie franchise in the U.S. After calling the Franchise team to inquire, he learned the brand was military-friendly, offering 50% off the franchise fee to veterans. Furthermore, he was impressed with the customer service of the Franchise team, the recent rebranding efforts, and their comprehensive training program.

“With the step-by-step training we received, we learned what would normally take five years in just five months. We feel very fortunate to be in a franchise system that is run like Tropical Smoothie,” Warnock said. They opened their first location in El Paso in 2015 and plan to have three more open by next spring because of their dedication to the brand.

“We knew our idea was making a difference when customers began regularly thanking us for opening in El Paso, telling us how much the area needed a concept like ours,” Kaleb said.

Describing his wife, Patricia, as “phenomenal”, Kaleb explained the crucial role she plays in the success of their restaurant. She runs the day-to-day business, working hard to build an environment where employees and customers alike want to spend their time. He is the motivator and visionary of the store, using his attention to detail – a skill the Navy helped strengthen – to recognize what’s being run efficiently and flagging anything that needs attention.

Another skill that serves him well is the leadership mentality the Navy instilled in him. When managing his team of employees, it’s important to him to be able to lead them toward a common goal and to train them so everyone can help in different roles.

“After the Navy, I wanted to use the skills I’d learned to do something good for the El Paso area. Tropical Smoothie Cafe allowed us to bring a healthier alternative concept to the area, backed by a proven system, and extremely friendly military benefits. We haven’t looked back and look forward to growing with the brand,” said Kaleb.