This year launches the Tropical Smoothie Cafe® Frisco Bowl in which the fast-growing franchise business has been named the title sponsor of the Texas-based annual national college football bowl game. 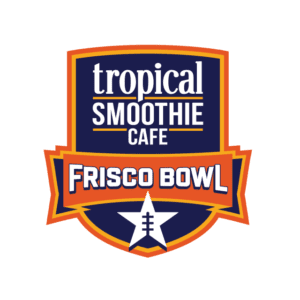 Tropical Smoothie Cafe® is excited about the opportunity to introduce college football fans to our wide selection of smoothies, made-to-order wraps, flatbreads, and sandwiches.

“We find that the spirit of college athletes—specifically dedication, a commitment to quality, and a will to win—is also found in our brand, Franchise Owners, and employees,” a spokesperson for the company said.

“The Frisco Bowl and ESPN events are excited to have Tropical Smoothie Cafe® as the title sponsor,” Pete Derzis, ESPN Senior Vice President of College Sports Programming and Events, said in a press release. “We look forward to working with Tropical Smoothie Cafe® to grow the bowl and provide a first-class experience for participating teams, fans, and the community.”

Tropical Smoothie Cafe®’s franchise business now has more than 800 locations nationwide, largely due to a growing demand in better-for-you food options, as well as the business model’s affinity for innovation and technology trends.

Tropical Smoothie Cafe® has recently earned a growing number of wins within the franchise industry, too, including:

To learn more about owning an award-winning, fast-growing Tropical Smoothie Cafe® franchise business, simply complete the form by clicking on the LEARN MORE button above.