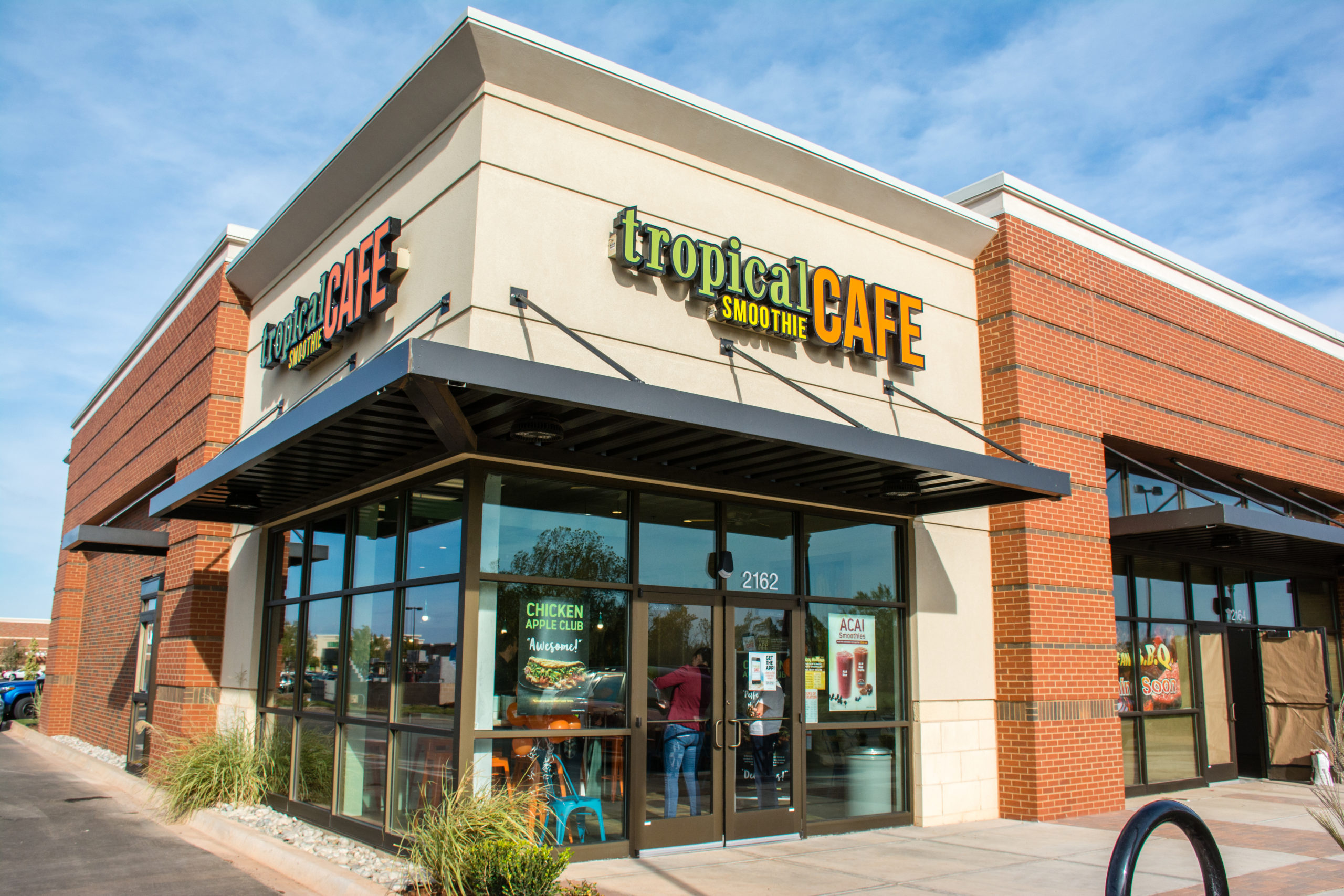 How One Tropical Smoothie Franchisee is Building a Legacy to Last

I came into the quick-service restaurant industry after a 25-plus year career in tech that, too often, took me away from the most important people in the world to me—my kids and grandkids. I was always on a plane or in a meeting and not available to them as I wanted to be.

That’s why seven years ago, my daughters and I decided to go into business together and build a legacy for our family that would keep us close and create something meaningful for all of us. We decided that healthy lifestyle was an area we were all passionate about and one in which we could give back to our community as well.

Doing our research for franchise businesses, we discovered Tropical Smoothie Cafe and fell in love. Not only could we get behind the better-for-you food and smoothie concept, but we also liked the level of support they offered with the opportunity to get on board with a rapidly growing, people-first company. The core values of Tropical Smoothie Cafe, which were later defined as a mission to “Inspire Better,” aligned with what we wanted to do. We signed our franchisee development deal with them in 2015.

Operating as our new corporate entity, Healthy Living Ventures, we opened our first Tropical Smoothie Cafe location in 2016 in a brand-new shopping center in Bowie, Maryland, part of Prince George’s County. My daughters and I felt strongly about bringing a brand to a county that was rebuilding after years of low investment and development. I felt that as African-American women, my daughters and I could serve as role models for those seeking change and success within their hometowns.

So, it was an “if you build it, they will come” kind of thing. We opened our cafe and it was a hit, and today we have four locations throughout the area with one more in development.

But I’d be lying if I said it was easy. As a woman, I faced some obstacles from those who didn’t believe a woman could sign a lease, build out a space, pass inspection and open the doors. In every deal, despite being a multi-unit franchisee with a proven track record, I’ve had landlords wanting each of our husbands to co-sign the lease or to see their signatures on the franchise agreement—a showstopper. Our husbands don’t materially participate in the business, so why would we ask them to take on the risk as a co-signer? Our strong belief in this required us to be ready to walk away, and fortunately we didn’t have to.

We’ve also had our share of inspectors who would try to stall a project and wanted to talk to “the man in charge.” I’d have all my paperwork in order and the documentation ready to go, but they were difficult to deal with at times and didn’t seem to care if I ever opened! However, I don’t back down and am known for my persistence. I’ll sit down at the county office all day if I have to before I’ll take no for an answer. I’ve learned that you have to be patient and you’ve got to be nice—treat others like you want to be treated. My daughters and I have become the queens of asking the questions until we get the answers we want.

However, the support from the Tropical Smoothie Cafe team has been incredible. Their list of recommended contractors has been a godsend. I don’t have problems with contractors because they want to build restaurants, not test the woman who happens to be the business owner. The Tropical Smoothie Cafe team has also stepped in to help with inspectors and landlords, and we’ve appreciated it.

The business has grown to the point where my daughter, Chanel, has been able to leave her job in pharmaceutical sales to join the company full-time, handling marketing and sales for our Tropical Smoothie Cafe locations, plus two nationally franchised massage businesses that we also own. My daughter, Lauren, moonlights from her tech sales job to serve as our head of HR, doing hiring and administering benefits so we can operate like a big business. We all work together with no titles because we all just do what we need to do. We joke sometimes about how some days you’re the CEO, and some days, you’re on mopping duty.

It’s been an amazing journey and one thing we’ve learned is to not talk ourselves out of what we want. That’s been the key to our success. During the pandemic, we had people coming up to us and asking us “how did you do it?” As Chanel likes to say, “Jump and the net will appear.” Because part of our “why” is to help others, we’ve created an online course, “So You Want To Buy a Franchise” through our website at healthylivingventures.teachable.com, to help people understand the business and what it takes to get off the ground. Some of our “graduates” have even gone on to buy a Tropical Smoothie Cafe franchise themselves!

I am so glad that my daughters and I have gotten into this business together and have grown and learned so much. We’ve done what we set out to do—spend time together, build a legacy and lift up our community—and we’re just getting started.