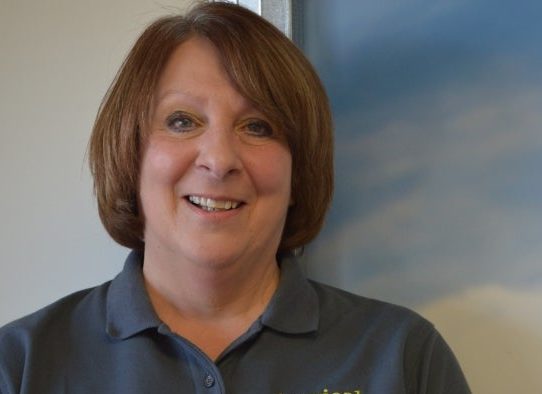 Linda Morgan is a franchise industry veteran. She began working in the restaurant business at age 16 as an hourly employee at Burger King. In 1990, she and her son-in-law opened their first Subway location. Today, however, they’ve sold their Subway shops and turned to Tropical Smoothie Cafe. Here’s why they decided to make the switch from sandwiches to smoothies, and what they’ve learned during their decades in the franchising business.

How long have you owned a franchise?

I’ve been in franchising since 1990, when my son-in-law, Russ Rissman, and I opened our first Subway location. After selling all our Subway stores, we became Tropical Smoothie Cafe Franchise Owners in 2011.

While some mom-and-pop shops are successful, many of them fail. It’s difficult to go out on your own. You have to come up with a product and market it—something not everyone is fit to do. We knew we wanted to have multiple locations and it would have been much more challenging to do that if we had not have had the backing of a proven business model like Tropical Smoothie Cafe.

What were you doing before you became a franchise owner?

I’ve been in the restaurant industry my whole life. I started as an hourly employee at Burger King when I was 16 and fell in love with it. Later, I went to work for a Burger King franchisee and grew from assistant manager, to restaurant manager, division manager and head of training. I knew the next step was to become a franchisee myself, so I joined Subway.

Why did you choose this particular franchise?

One of our Subway locations was actually next door to a Tropical Smoothie Cafe, so we would occasionally stop by to get smoothies. We eventually learned the cafe had more than just smoothies — there’s great food too! At that point, the brand only had 300 cafes, so we saw an opportunity to join a young company we could help grow. We knew consumers were increasingly leaning toward healthier options, so we felt like we could do bigger and better things with Tropical Smoothie Cafe. We talked with the existing franchise owner, made him an offer and purchased the cafe.

How much would you estimate you spent before you were officially open for business?

With multiple Cafes in our portfolio, costs have varied by location. However, on average, our build-out costs have included:

We did most of our research through Tropical Smoothie Cafe’s corporate office, franchise website, and our own due diligence. We reviewed the location’s financials and worked our own numbers based on the kind of labor and food cost we could run. That research, combined with corporate’s input, really pushed us toward choosing Tropical Smoothie Cafe.

What were the most unexpected challenges of opening your franchise?

When I first started franchising, I was not totally prepared that the buck really does stop with me. When you’re a small business owner, all the decisions—from hiring people who really want to work hard to dealing with customer complaints and where you buy your insurance—is up to you. It took me a little bit by surprise. Fortunately for me, I thrive on challenges!

What advice do you have for individuals who want to own their own franchise?

Do your homework. You have to work really hard and put in a lot of time without necessarily reaping the benefits immediately. Be prepared financially to keep yourself afloat to get through those first couple years. It’s a total commitment to your business, so make sure this is really what you want to do. It gets easier and becomes incredibly rewarding, but at first, it can be challenging.

What’s next for you and your business?

To grow with Tropical Smoothie Cafe! The brand opened its milestone 400th restaurant in 2014 and today has more than 830 Cafes across the U.S. As fast-casual continues to gain popularity, Americans will spend more than $50 billion at fast casual restaurants each year . It’s a great business to be in and we definitely want to be a part of that growth with Tropical Smoothie Cafe.

We won’t stop. We will grow every year!

Looking to franchise with Tropical Smoothie Cafe? Complete the form below and a Franchise Development Leader will be in touch.