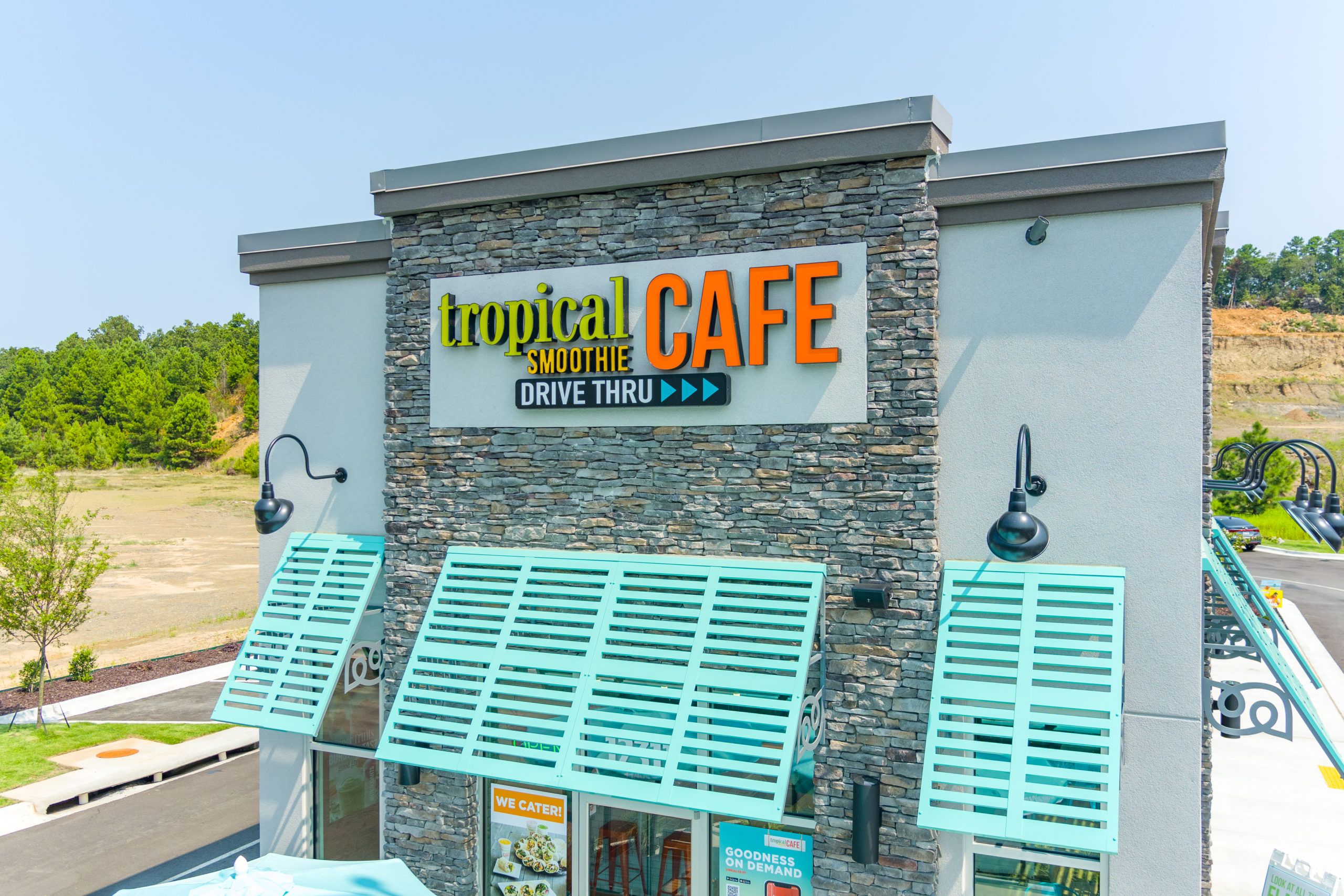 The first quarter marked one of the brand’s strongest quarters for new openings. One of those openings, in the newly expanded Will Rogers World Airport in Oklahoma City, in partnership with award-winning airport concessionaire Paradies Lagardère, marks the brand’s expansion into the airport space.

“We are absolutely thrilled to have opened our very first Tropical Smoothie Cafe restaurant at the Will Rogers World Airport in Oklahoma City,” said Claude Guillaume, senior vice president of operations for Paradies Lagardère’s Dining Division. “With its diverse menu of options and flavors for all day parts and traveler preferences, Tropical Smoothie Cafe will be an exciting addition to the airport’s overall concessions program and a successful complement to the new restaurant lineup we recently introduced.”

At its annual franchisee convention, Tropical Smoothie Cafe announced No Kid Hungry as the brand’s new national charity partner. The nonprofit, which helps the nearly 12 million kids in America who are living in hunger, aligns with the brand’s purpose to Inspire BetterTM. Through the partnership, Tropical Smoothie Cafe locations around the country will host fundraising efforts throughout the year, supporting children in need.

“At Tropical Smoothie Cafe, we want to be the brand that brings nourishing, nurturing sunshine to the kids who need it,” said Charles Watson, CEO of Tropical Smoothie Café, LLC. “With our No Kid Hungry partnership, we will be able to bring together all our franchisees across the nation to work toward our common goal of ending childhood hunger.”

Q1 of 2022 also saw a successful launch of a limited-time Chocolate Covered Strawberry Smoothie that ran in celebration of Valentine’s Day, Feb. 2-20. The smoothie was only available through the Tropical Smoothie Cafe app and online channels. This launch aligns with the brand’s strategy to focus on leveraging digital channels to create fun, on-trend offerings that reward the brand’s most in-the-know, loyal guests.

The brand expanded its new store opening pipeline in Q1, signing 56 new franchise agreements. More than 70% of the deals are with existing Tropical Smoothie Cafe franchisees, demonstrating their success and commitment to the brand.

Tropical Smoothie Cafe franchisees also received top awards from the franchise community during the first quarter. Salem Najjar, who currently owns and operates 14 Tropical Smoothie Cafe locations in the Midwest with nearly 20 in the pipeline, was named an International Franchise Association (IFA) Franchisee of the Year. The award recognizes outstanding franchise operators who exemplify excellence in community, workforce and diversity.